Dante and the olive tree 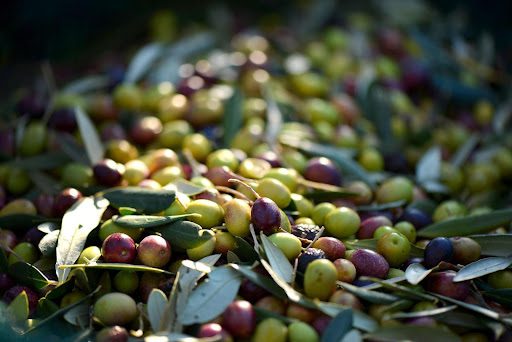 We dedicate a space to Dante and Umbrian oil through the book “Dante conversations. Oil from Umbria: what remains of Dante’s Middle Ages in food and wine Umbria” written and edited by Diego Diomedi, trainer and lecturer in the food and wine sector and other writers and journalists who participated in drafting the text. In particular, the author, Diego Diomedi, underlines how his interest and his passion for food and wine arise from a profound curiosity about the origins and Italian food traditions, with particular reference to the Middle Ages and above all to Dante’s approach to Italian cuisine with a focus on the olive tree and Umbrian oil. “The book was born out of the need, starting from the historical re-enactment of San Gemini, to dedicate this great celebration which lasts 2 weeks to the Great Poet. Different topics are dealt with in the text”- Diego tells us

DANTE AND THE OLIVE TREE
The oil and therefore the olive tree is deeply rooted in our tradition and in our culture. It finds origins in the classical age and uses already in Roman and then medieval times. Within the Divine Comedy, references to food or everything related to nutrition is treated not from a material and therefore nutritional point of view but from a purely spiritual and religious point of view.
During the writing of the Divine Comedy Dante Alighieri gives great importance to the olive tree citing it twice as an element rich in religious symbolism: Beatrice herself presents herself to Dante with the olive crown: «sovra candido vel cinta d’ulivo/donna he appeared to me under a green mantle» (vv. 31-32, canto XXX of Purgatory)

The common thread of this book is to talk about Dante through food and wine immersed in central Italy with the connection to Umbria which acts as a bridge, like a flow of thought, roots and traditions.

AFTER THE GREAT WAR
“Oil is rooted in our culture but it is also a product reserved for the few until the Second World War. In fact, the invention of owning an olive grove was bourgeois, as lard and butter were reserved for the poor class. It is only in after the Second World War that the consumption of oil undergoes changes. This surge in consumption for Umbria did not mean a sudden transformation of the characteristics of the market. However, the product is starting to have wider spaces also favored by the greater productions made in the previous decades.”- he explains Prof. Renato Covino, adding that “the pedological nature of the Umbrian hilly soils, often fliscioide (with a high limestone content) leads to the diffusion until recent times of Moraiolo, which produces a few kilos per plant and therefore less oil, and a geographical location especially around the Trasimeno basin, which guaranteed a temperate climate effect, and along the hills that surround the Umbrian Valley (from Assisi to Spoleto). The presence in mixed crops, where it supports or replaces the vine and coexists with cereals, makes it a production intended for substantially domestic use, which becomes part of the subsistence economy of the sharecroppers and of consumption of the landlords”.

UMBRIA, THE GREEN HEART OF ITALY
Ivo Picchiarelli underlines how “in the perception of the imagination of Umbria the gray-green of the olive trees has recently leapt into evidence, in particular that of the piedmont olive belt which, uninterrupted, from Assisi to Spoleto overlooks the Spoletana Valley. Various factors contributed to this. Even the green region of Umbria seems to have chosen this color as its emblem”.

OLIVE OIL AND MODERNITY
Alessandro Giotti talks about the relationship between modernity, tradition and innovation also in the field of olive growing and how the advance of technology has effectively changed the production methods of “historic olive groves and ancient varieties” and the concept of oil in terms of consumption and use in the culinary field and beyond, and in particular he explains that “nowadays technology allows us to have technologically very advanced two-phase mills of small or medium size capable of producing very high quality. Therefore, many mills are spreading which are often born in the heart of the place of production of the olives, making the transformation process very efficient and fast. These crushers, having smaller dimensions, also allow you to manage even smaller batches, facilitating, for example, precision machining, essential for the production of monovarietals. The latter are starting to become more and more widespread and allow us to offer those who are or will be able to appreciate the incredible biodiversity we possess. Just think of Nostrale di Rigali, Borgiona, Dolce Agogia al Raio in our Umbria, not to mention of the prince of all Umbrian and Tuscan cultivars, the Moraiolo.
The intention is to give new life to enchanting places in Umbria, enhancing the territory and production quality and becoming a true destination for those in search of experiences and quality products”.